Sharing the gospel of Jesus Christ through traditional worship

Our Parish is an extension of ourselves and our family in our dedication to our faith. Trinity Episcopal Church provides a warm, friendly environment where each member is empowered to strengthen their faith in living through Christ.

Trinity Episcopal Church parishioners share a dedication to glorifying God and achieving personal growth through the teachings of our Lord Jesus Christ. Our church facilitates connections among our parishioners and creates the fundamental backbone of a community devoted to applying traditional biblical sermons to foster a meaningful life through God. Our congregation’s dedication to one another is one of our greatest strengths and creates the family-friendly environment that inspires members to share Trinity Episcopal Church with friends and neighbors.

“Trinity Episcopal Church is the most warm and welcoming parish we have ever attended. My wife and I were searching for a traditional and inviting church, and a place where we could strengthen our faith. We knew the first time we visited that it was the answer to our prayers.” 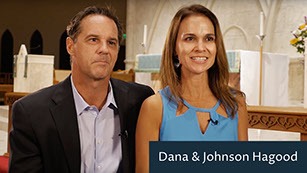 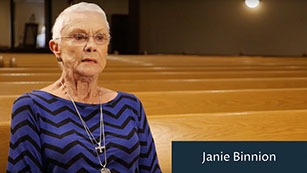 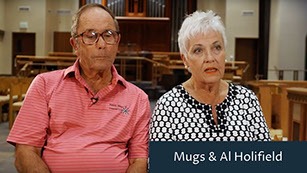 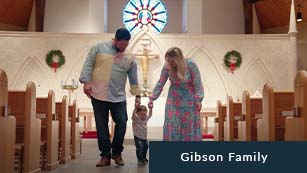 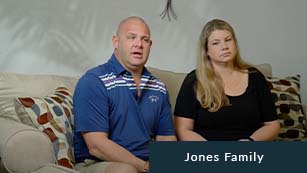 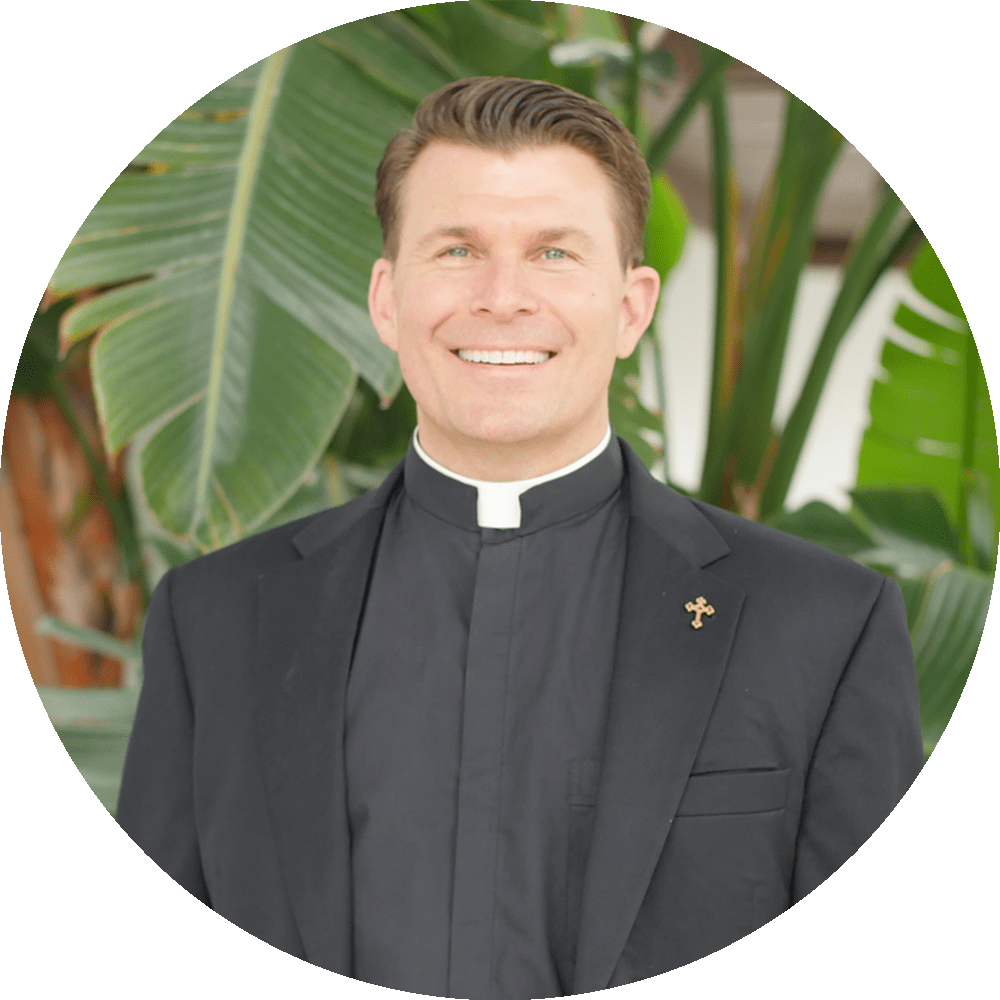 Fr. Chris and his family came to us in 2012 from Trinity Church in Red Bank, NJ where he had served since 2007. Previously he was Curate at All Saints’ Church in Wynnewood, PA.

He is second generation Basque on his father’s side, his grandfather Rodriguez having immigrated to the United States during the Spanish civil war. He attended Pennsylvania State University graduating in 1991 with a Bachelor of Arts in Psychology. In 1994, he earned a Master of Science degree in Industrial/Organizational Psychology.

While working as a Sr. Systems Engineer for a large healthcare corporation, he was received into the Anglican Communion. Fr. Chris did his seminary work at Trinity Seminary in Pittsburgh, Pennsylvania. While enrolled as a full-time student, he also worked as the Director of Information Technology for the seminary.

He and his wife, Kathy, have three daughters. He enjoys spending time with his family, exercising, playing the guitar, reading (history and theology), and meeting new people. 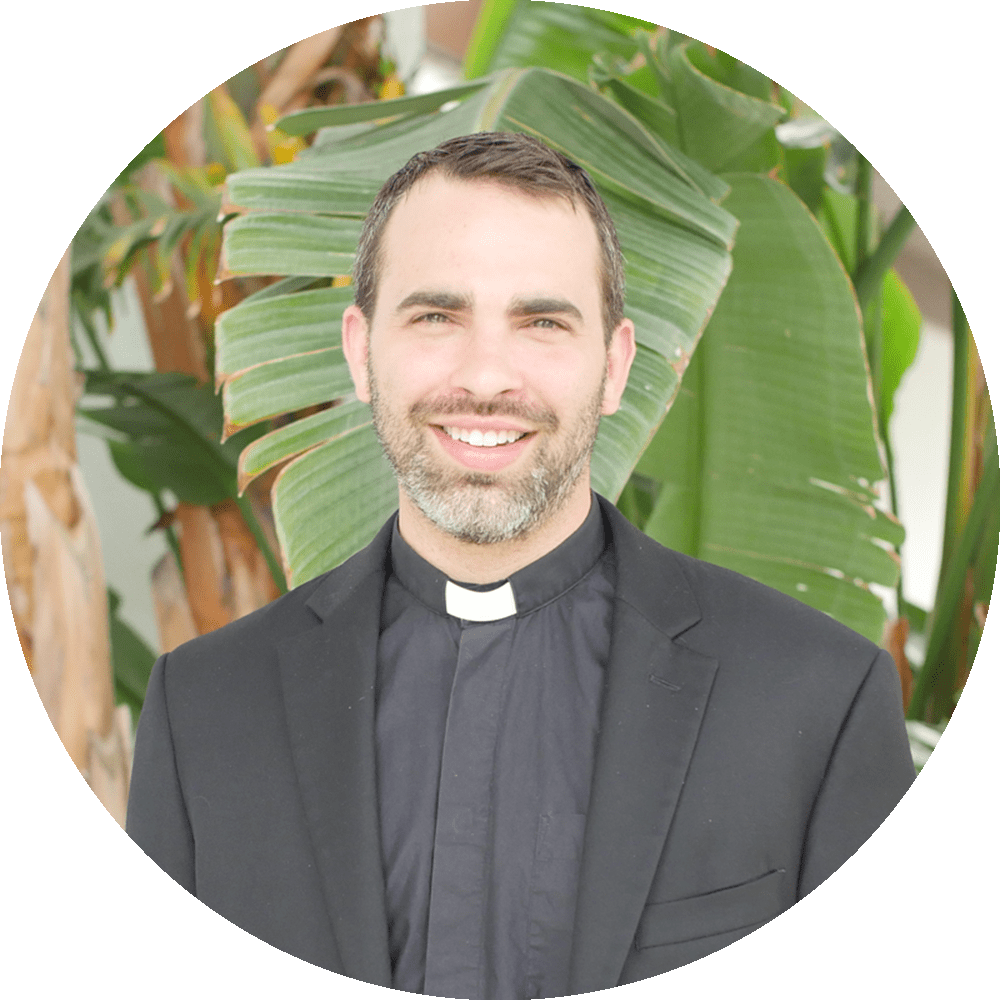 Assistant to the Rector

Fr. Josh Gritter was born in Florida and raised in a large nondenominational church near Orlando. After graduating college, he was called to St. Peter’s Episcopal Church in Lake Mary to serve as the Youth Director. It was during this time that he received instruction in Anglican liturgy and became enamored with the Prayer Book’s beautiful and reverent worship. Fr. Josh was called to Trinity in 2016 after experiencing the warmth and excitement of our parish. He is passionate about integrating the Christian faith with daily life and brings his enthusiasm for the glory of God to our community.

Fr. Josh earned a Bachelor of Science in Psychology from Palm Beach Atlantic University and a Master of Divinity from Reformed Theological Seminary. He completed his studies at Nashotah House in 2017. He and his wife Amy have two young sons Gabriel and Asher. 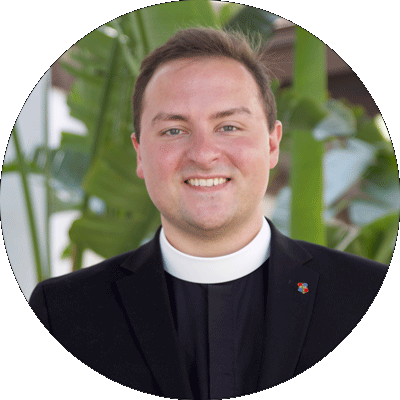 Fr. Mason felt called to ministry since he was a child, growing up in the Baptist Church. It wasn’t until he was seventeen that his family discovered Anglicanism, just before Fr. Mason left Baltimore to head off to college. He studied Philosophy in a Great Books program at Eastern University, outside Philadelphia. His junior year, he studied abroad at Christ Church, Oxford and served as a resident intern at Pusey House, an Anglo-Catholic mission to the University. There Fr. Mason discerned his vocation to serve as a priest in the Anglo-Catholic tradition.

Returning to the States, Fr. Mason began the ordination process and attended seminary the fall after his college graduation, studying residentially at Nashotah House, outside Milwaukee. At Nashotah, he worked as a sacristan and developed a passion for ascetical theology and liturgics. He graduated in the class of 2020 with a Master of Divinity and began his first curacy at a parish in Denver. After a year, he met Fr. Rodriguez who invited him to Trinity, and Fr. Mason discerned a call to serve here, in the Episcopal Church and the Anglican Communion. Fr. Mason began his curacy with us in May, 2022 and was received into the Episcopal Church from his previous Anglican jurisdiction the next month. In his free time, Fr. Mason enjoys playing golf and sitting on the beach with a book and his journal. 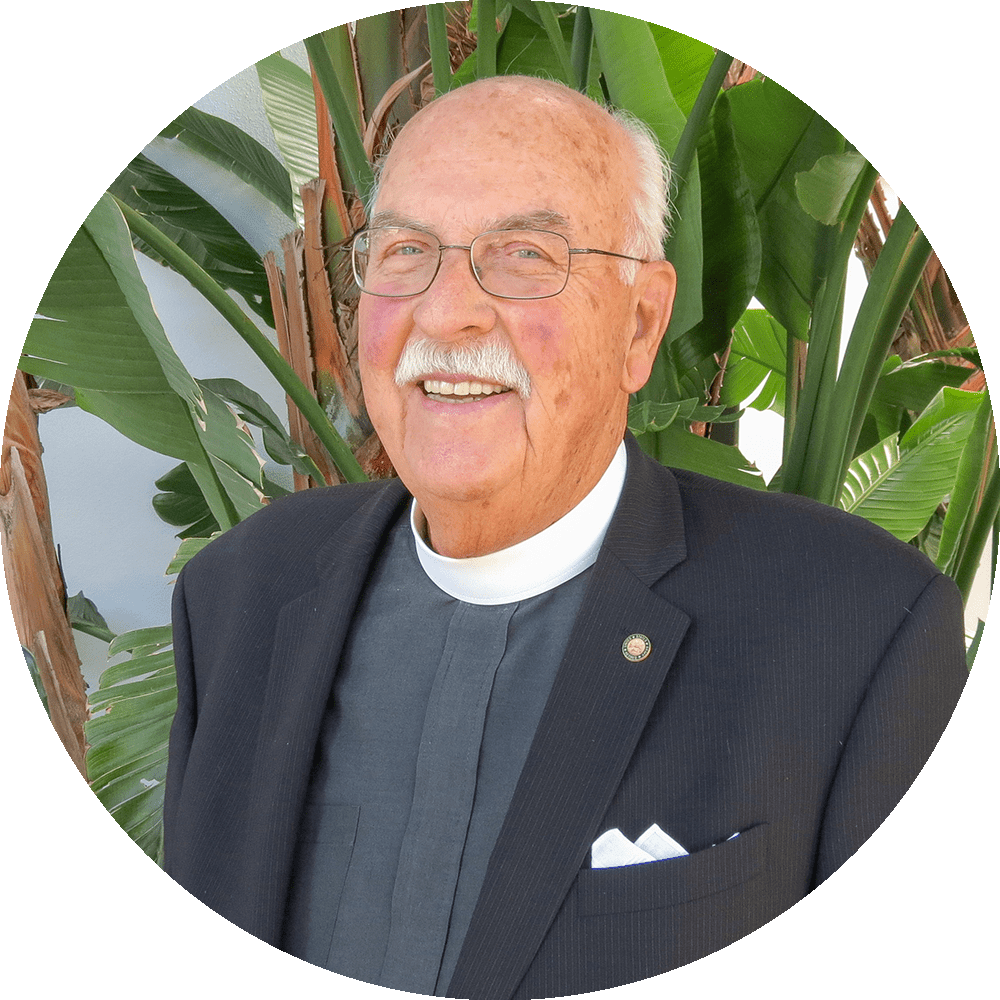 Fr. Robert felt the call to ministry at an early age after having served his church as acolyte and choir boy. He is a graduate of Virginia Theological Seminary with a Master’s in Theology and he received his Bachelor’s degree in Commerce and Finance from Villanova University. After graduating he served for 6 years as a U.S. Marine Reservist. Fr. Switz is also a graduate of The U.S. Army Chaplain School and served as Reserve Chaplain for 17 years. His wife, Cheryl, is no stranger to Vero Beach, as she is a graduate of Vero Beach High School. Cheryl received her Master’s Degree from Golden Gate University, San Francisco and works as a travel consultant. 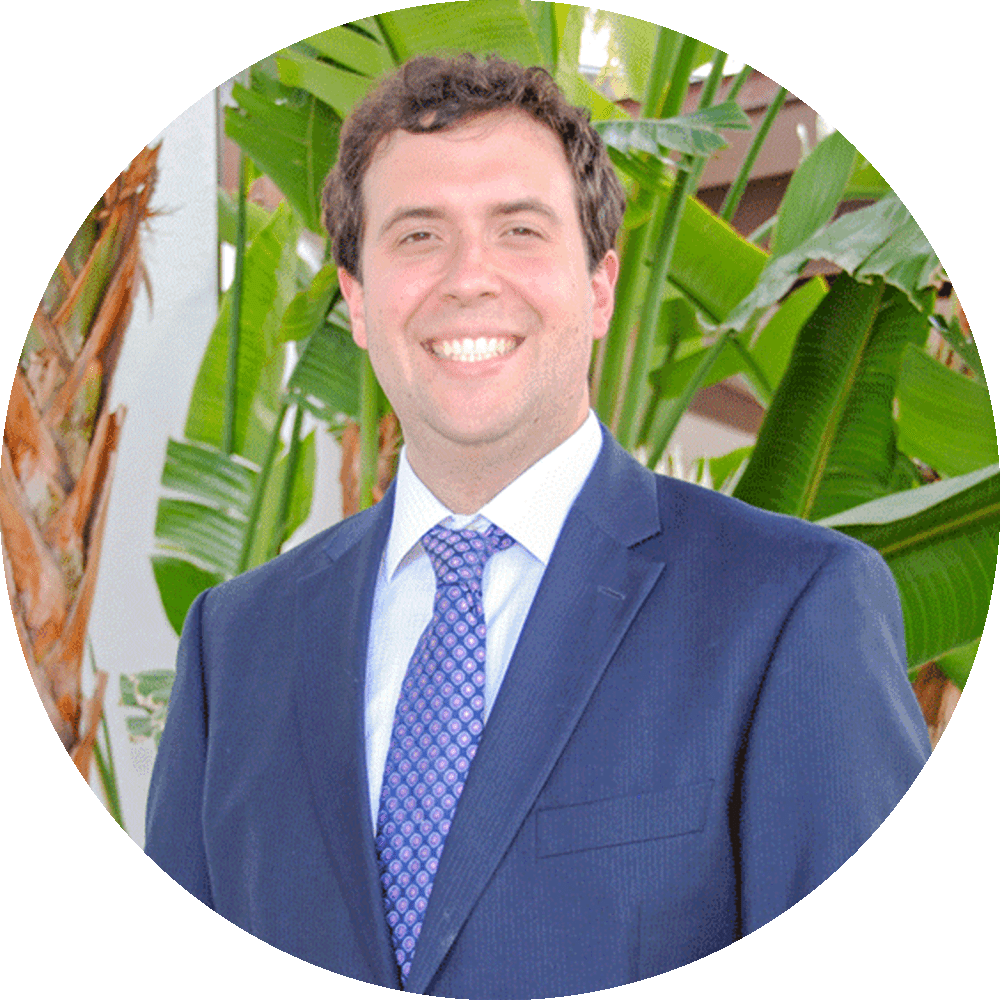 Director of Music and Choirmaster

Dr. Baron has been serving the Church through musical prayer since joining his local parish’s children’s choir in first grade. It was through singing in church choir that Dr. Baron developed a love for hymns and praising God through song.

After relocating to Vero Beach in 2017 to serve as Director of Choral Music at the Saint Edward’s School, Dr. Baron was honored to be called to serve as Associate Director of Music/Choirmaster at Trinity Episcopal Church. Presiding Bishop of the Episcopal Church Michael Curry asks Christians throughout the world to “[reorient their lives] around the teachings of Jesus, and around his very spirit.” At Trinity Episcopal Church the vital role music has in traditional Anglican liturgy for all seeking to reorient themselves to Christ’s presence and offer praise and honor to God is recognized. For a church musician, this creates many opportunities for not only musical but spiritual fulfillment.

Dr. Baron lives in Vero Beach with his wife Beverly, a singer and voice teacher. He is a graduate of Westminster Choir College (B.M.) and the Eastman School of Music (M.M., D.M.A).  Dr. Baron has served in music ministry roles in parishes throughout New Jersey, New York, and Michigan. He has been on the teaching faculties of the University of Rochester, Nazareth College, and Cranbrook Schools. In his free time, Dr. Baron enjoys swimming, travel, and enjoying a nice dinner with friends old and new. 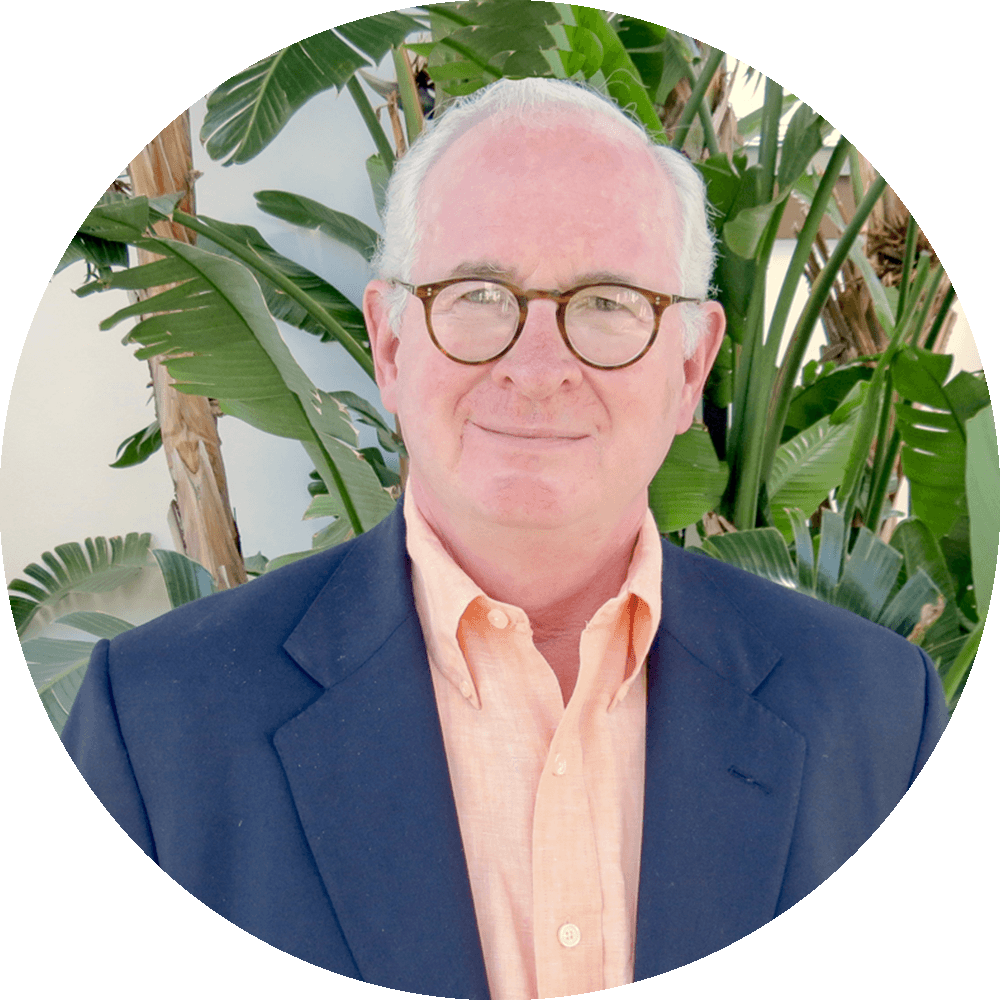 Dr. Campbell came to Trinity in November 2015 from Saint Luke’s Parish in Darien, CT. Previously, he held church and synagogue positions in Washington, Philadelphia, the New York City tri-state region, and Virginia, where for 21 years he was organist and choirmaster of St. Stephen’s Church in Richmond. He was also on the faculty of the University of Richmond for 10 years.

He grew up in Washington, DC and attended the University of Maryland where he sang in the renowned University Chorus. He studied organ with William Watkins and Paul Callaway, and piano with Roy Hamlin Johnson. He subsequently earned graduate and undergraduate degrees at the Manhattan School of Music where, in various capacities, he studied with several leading organists in New York, including Frederick Swann, John Walker, James Litton, McNeil Robinson, Paul-Martin Maki, Arthur Lawrence, Eugenia Earle, and Alec Wyton. He earned the D.M.A. degree in 1996, for which he wrote his dissertation on the life and works of the New York composer-organist Harold Friedell. 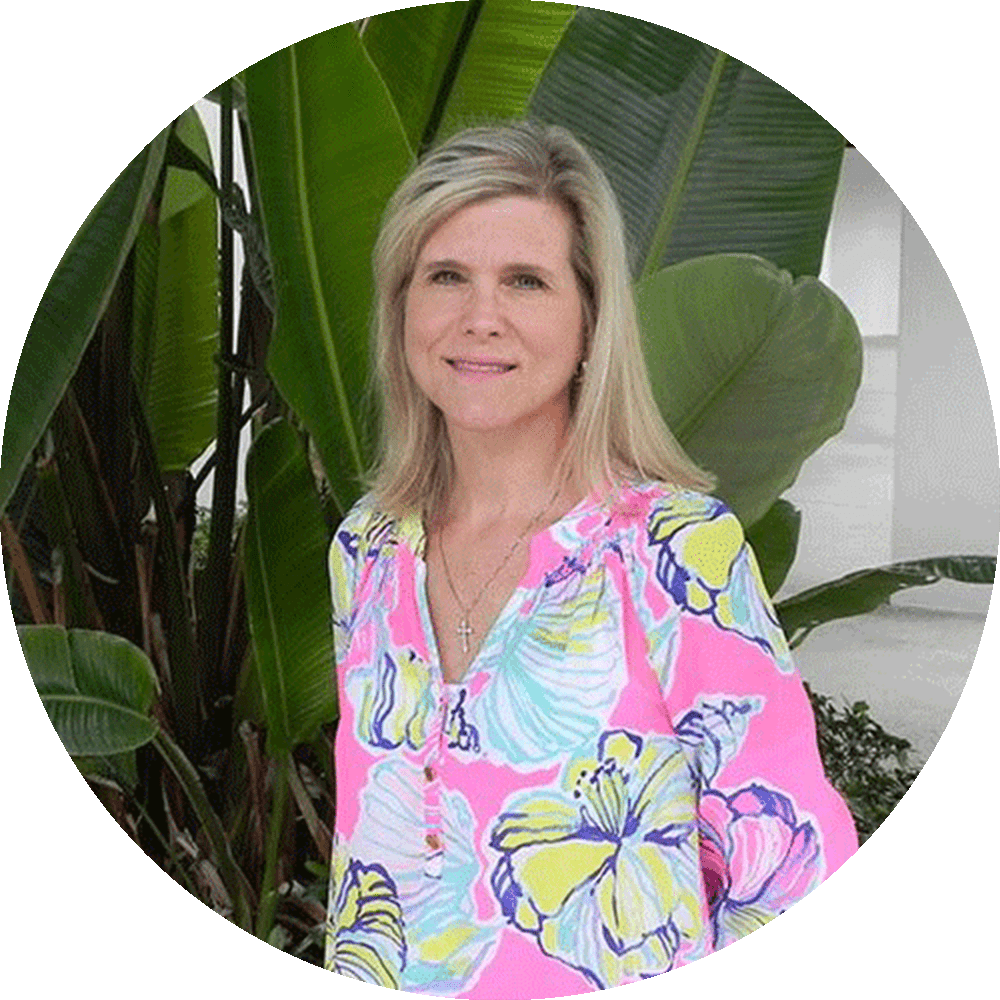 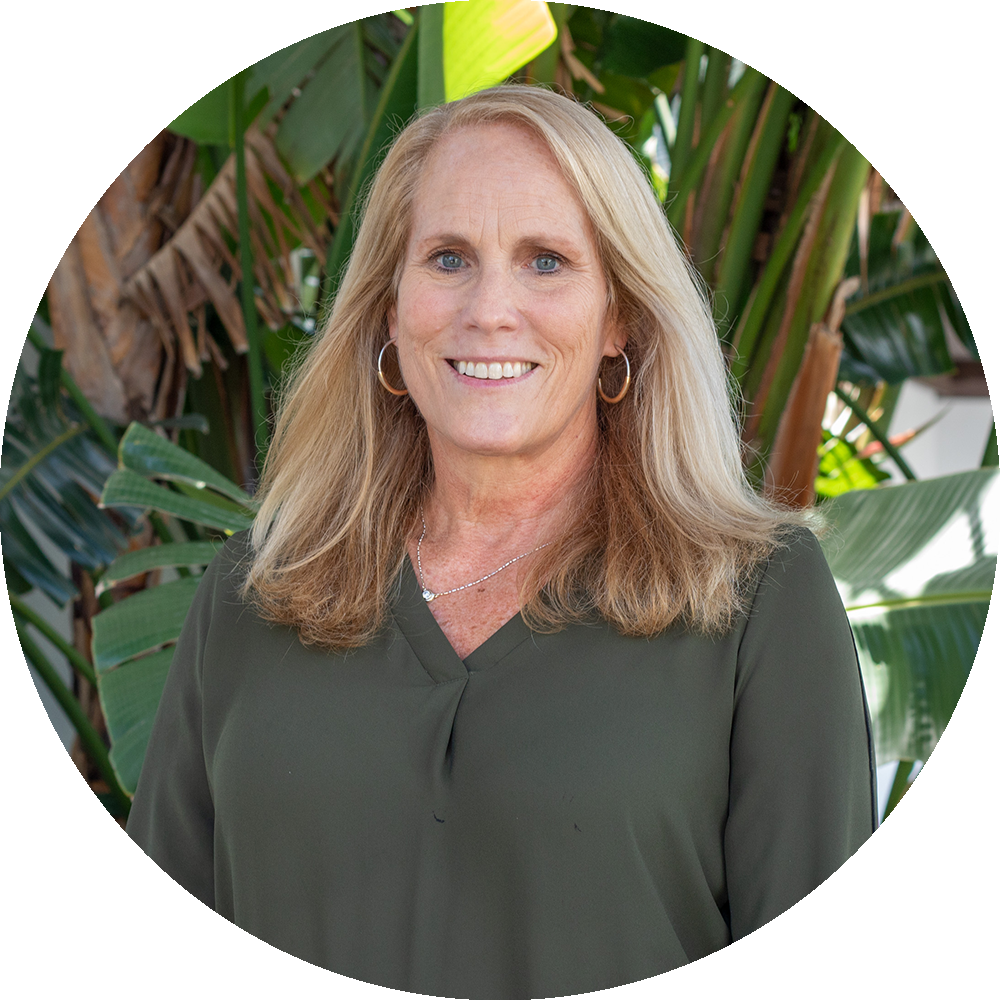 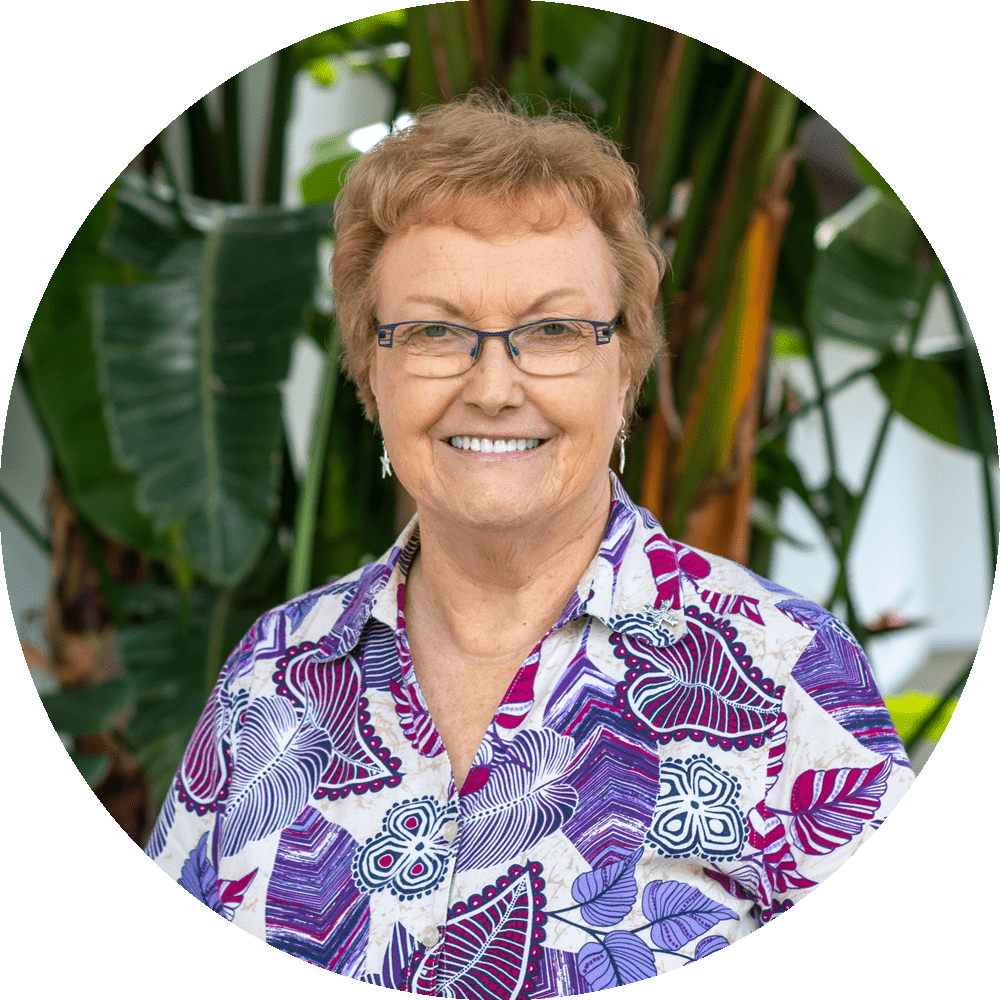 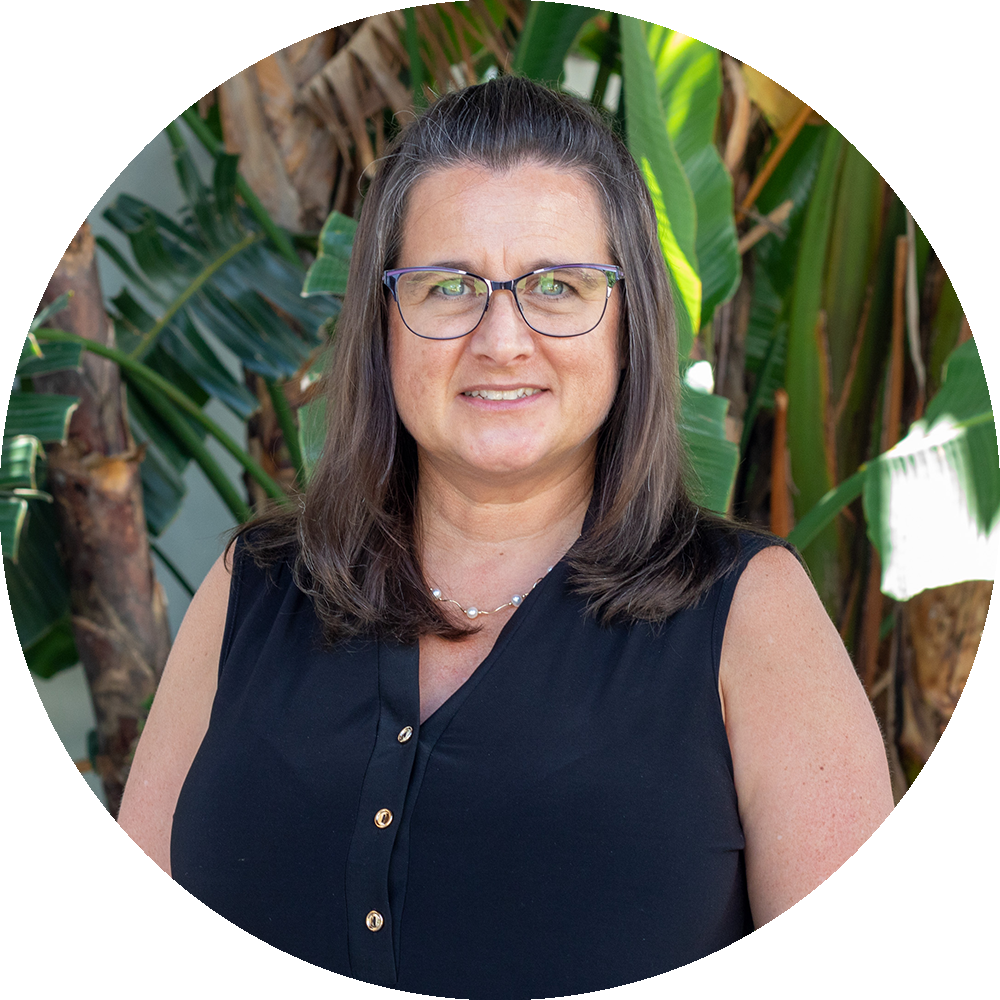 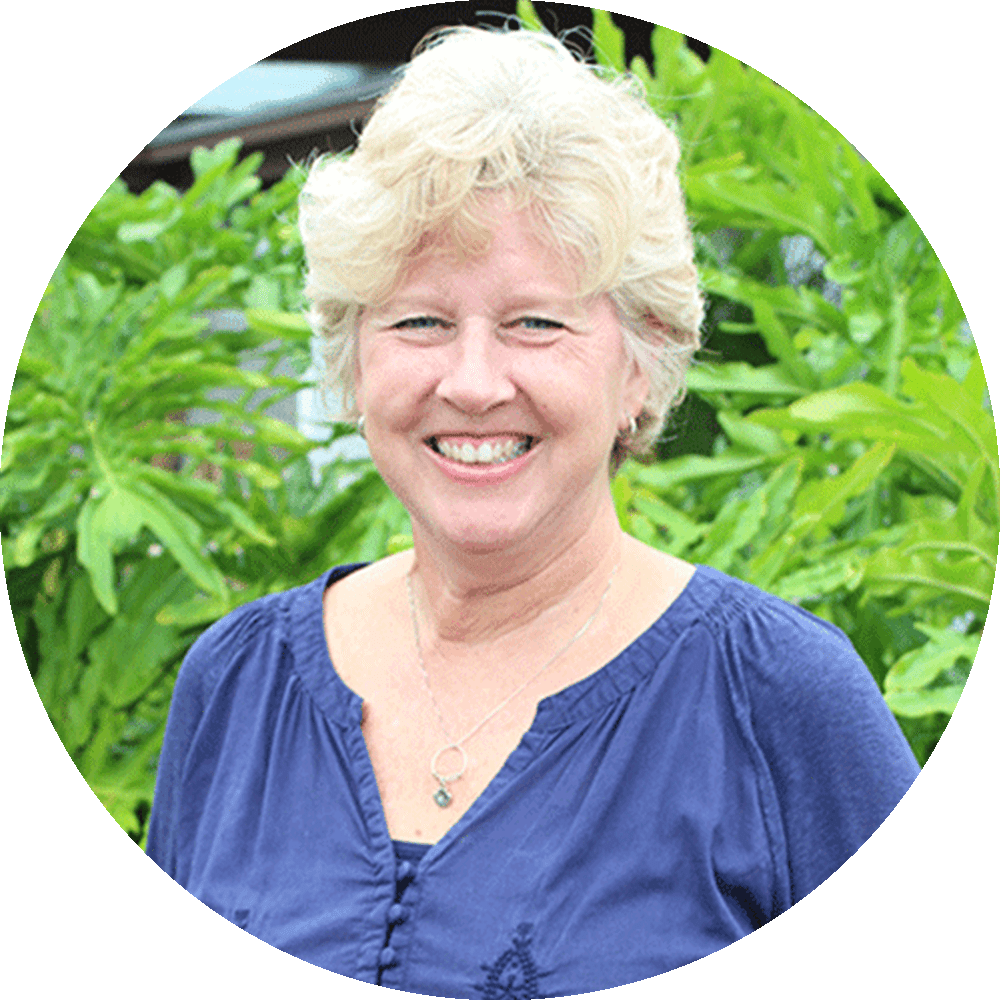 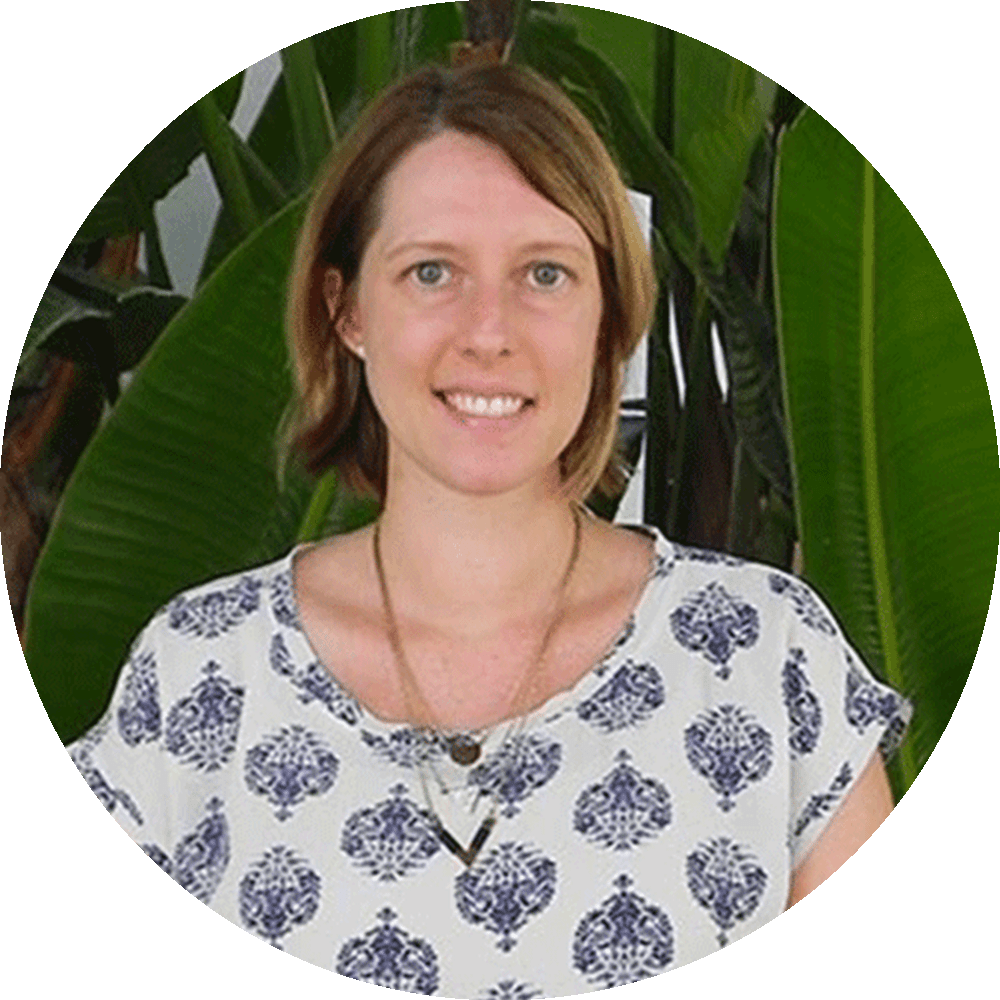 Executive Assistant to the Rector 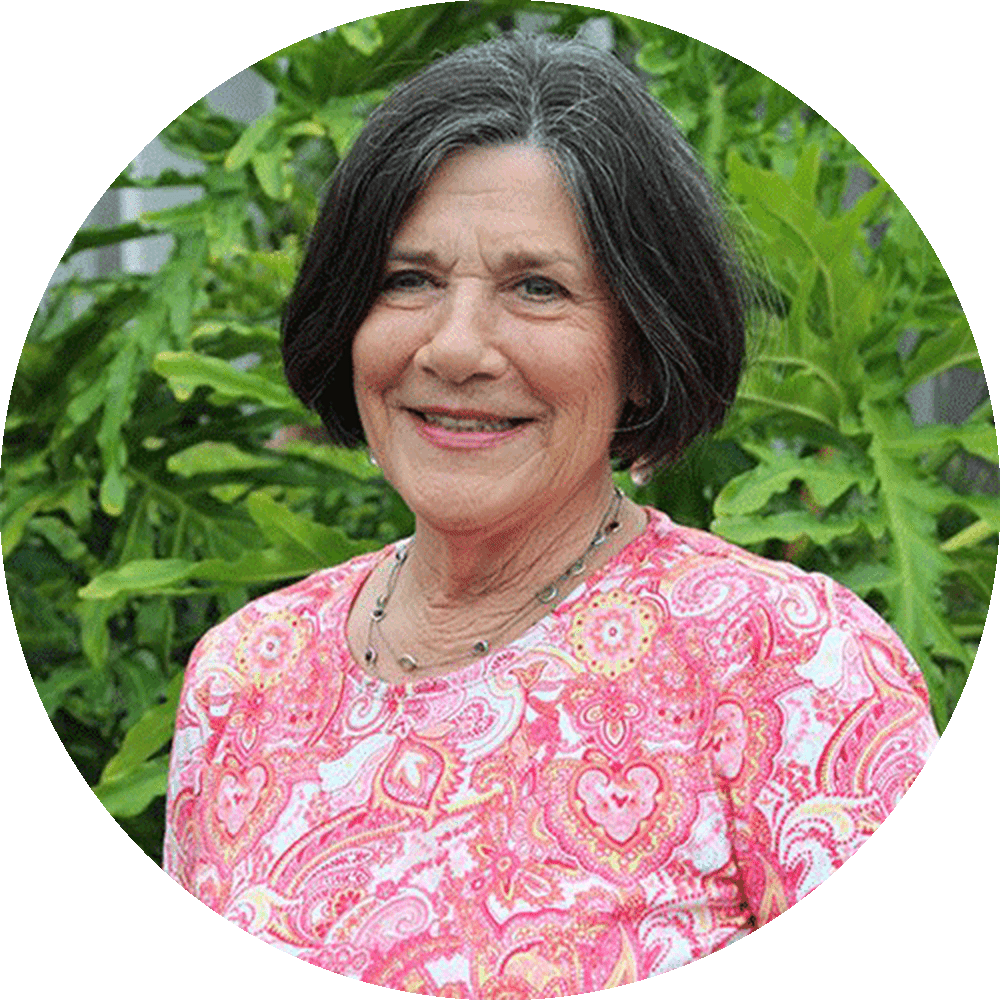 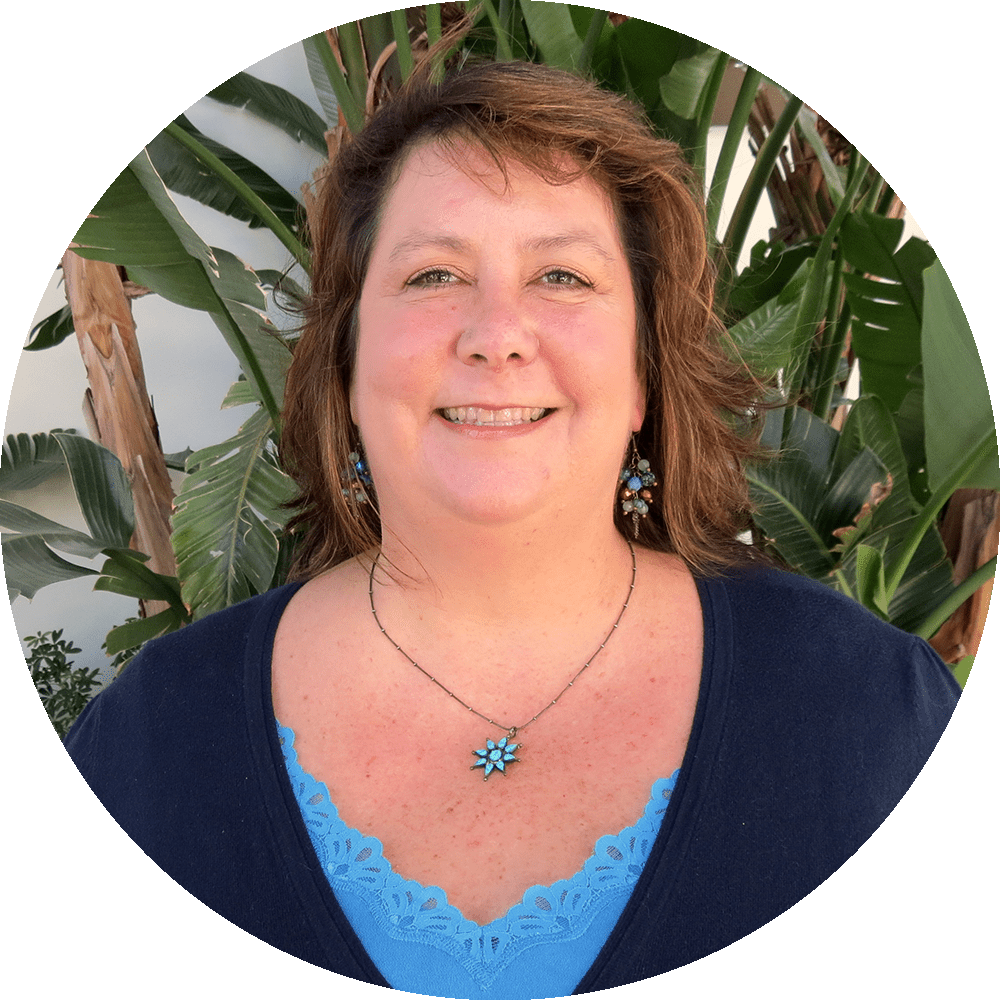 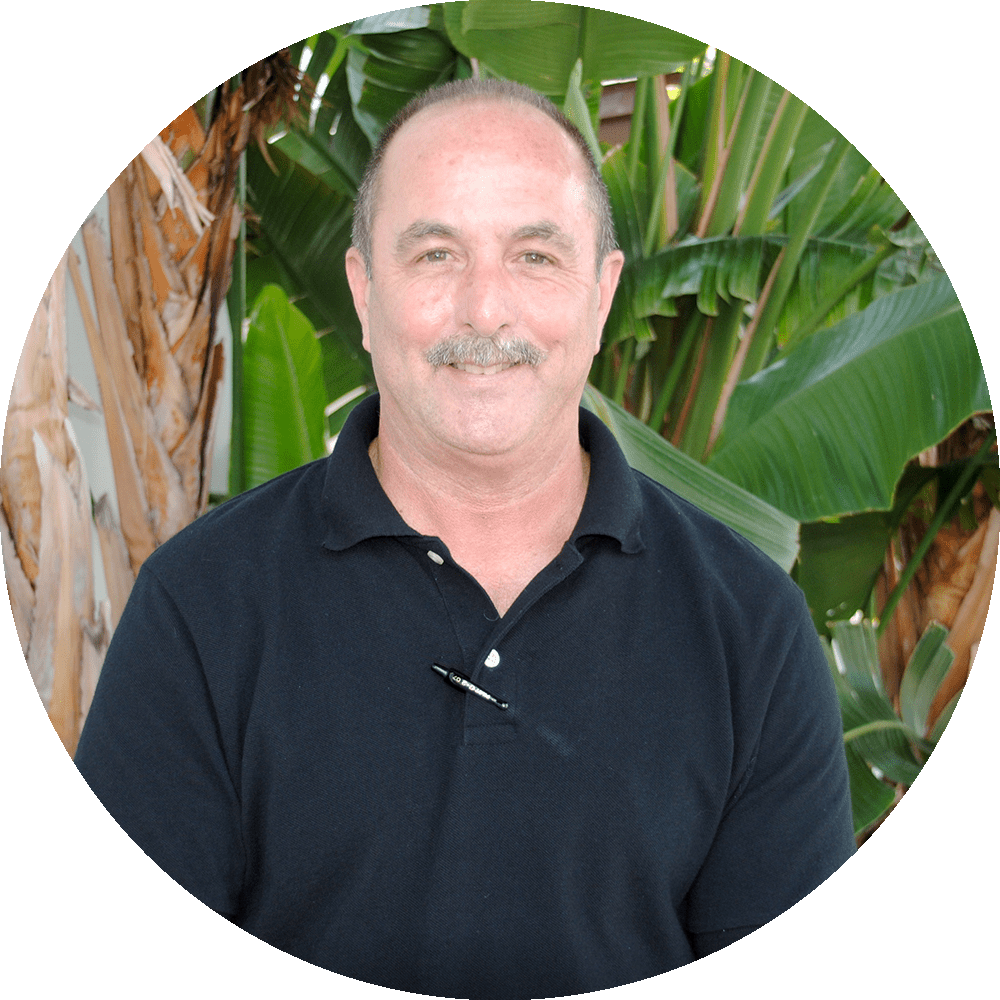 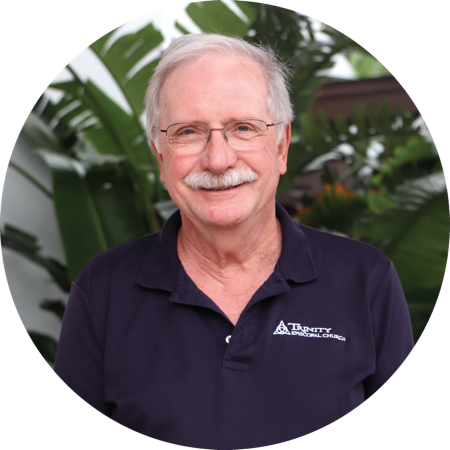 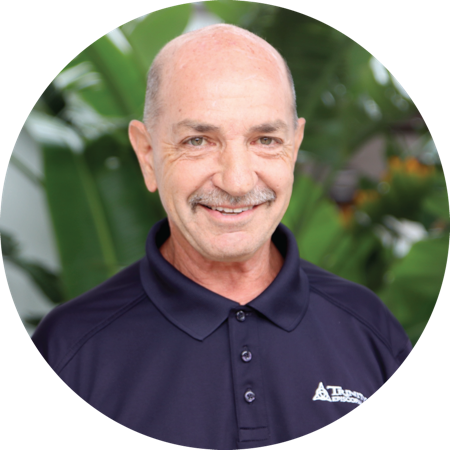 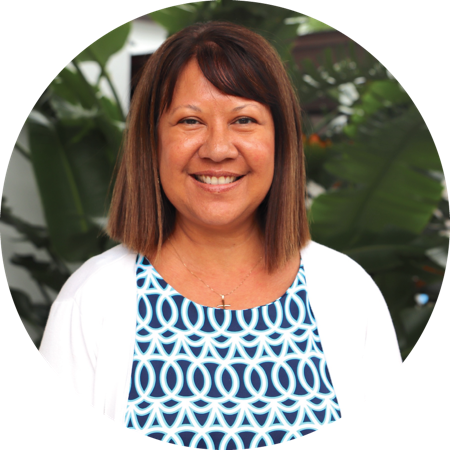 The Music at Trinity Episcopal Church serves to glorify God. The hymns sung draw our parish together musically the same way that the Book of Common Prayer draws us together in prayer and liturgy. By singing a common body of music, we also connect with those worshiping throughout the Episcopal Church and the Anglican Communion.

In addition to traditional hymnody, the choir each week chants the psalms, continuing a practice used by Christians throughout history. Our sanctuary contains a magnificent Harrison & Harrison organ, a Steinway Grand Piano, and a harpsichord, all of which aid in providing musical accompaniment for the choir and the assembly.

In addition to weekly services, Trinity Episcopal Church hosts Choral Evensong concerts monthly and other concerts throughout the year. The church and organ are also used by groups such as the American Guild of Organists and Space Coast Symphony as we seek to share our beautiful facilities with our neighbors. In the words of the prayer book collect, through music we seek to “perfect the praises of God’s people on Earth”. 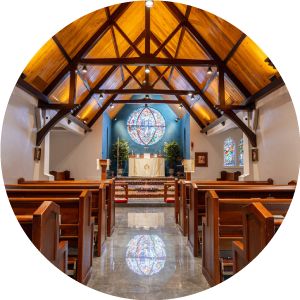 Designed with purposeful theological commitment, our Chapel embraces traditional Orthodox architecture and provides a sacred space to glorify God. The Chapel is constructed in the shape of a cross, calling into remembrance Christ’s sacrifice for us and faces east so the priest and the congregation can face toward Jerusalem, the geographical location of our salvation in the passion, death and Resurrection of Christ and to look toward the coming of Christ in glory. The division between the chancel and the nave with the cross above the chancel symbolizes that Christ’s death to atone for our sins was the necessary bridge to cover the gap between heaven and earth and allow us to have access to God.

For a description of the organ in the Chapel, click here. 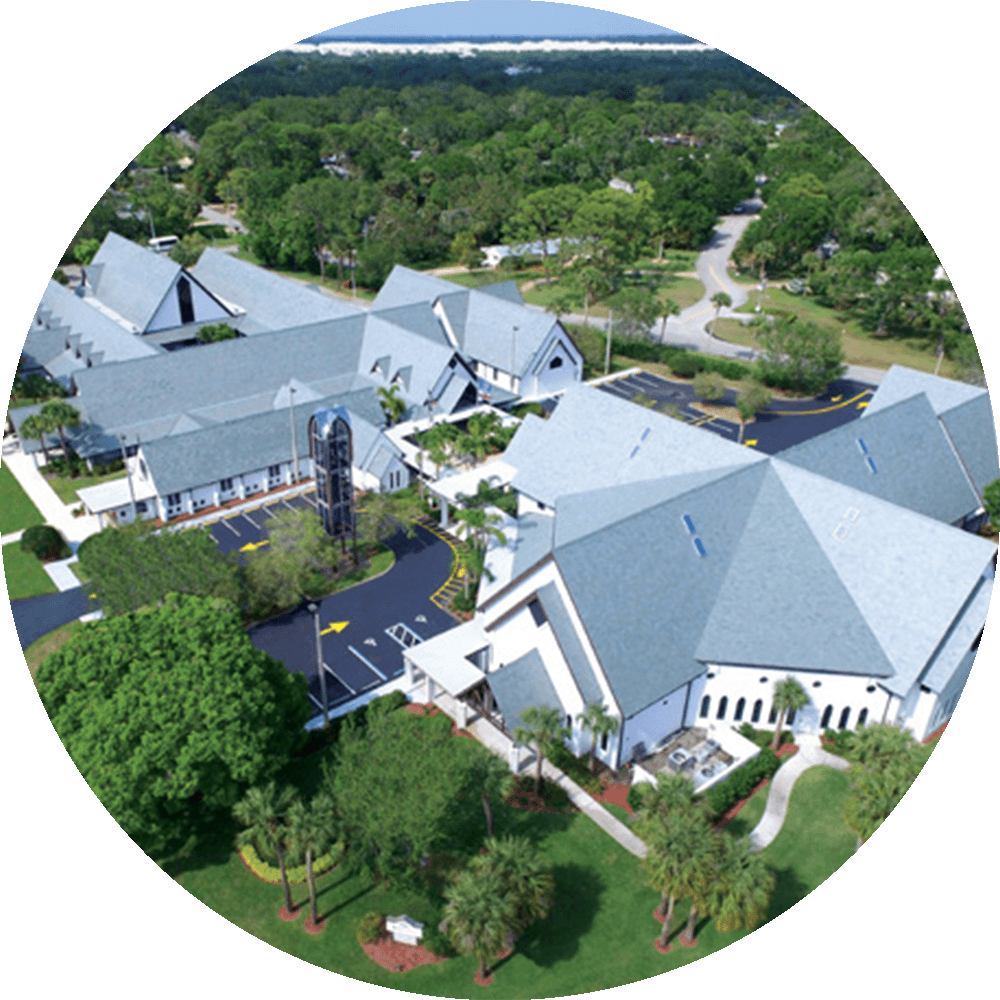 With space to welcome our entire congregation, our experience-rich church provides an ideal setting to glorify God. Purposeful design and our Harrison & Harrison pipe organ celebrate our authentic tradition. Modern accommodations such as a quiet room for parents with small children make the worship experience enjoyable for everyone.

For a description of the Harrison & Harrison organ in the church, click here. 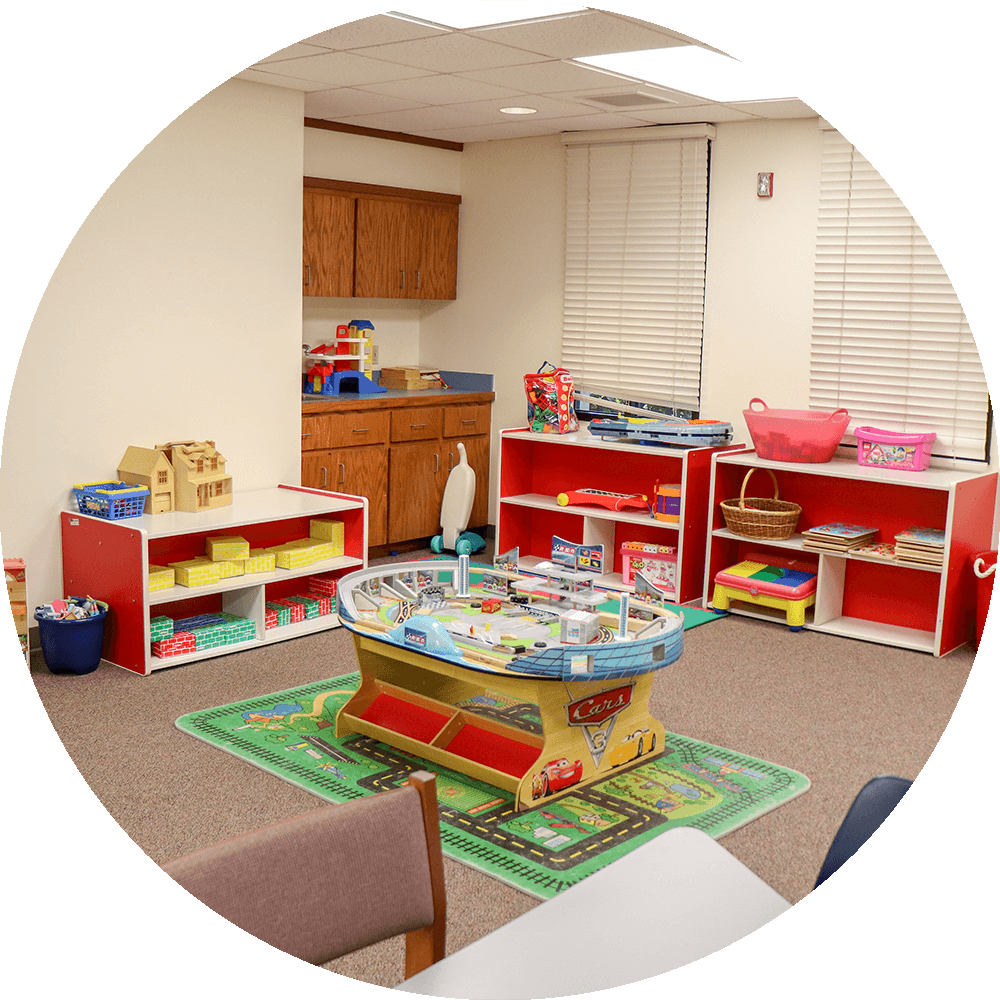 Our classroom facilities provide a dedicated space for the Preschool.

Each room is designed to age-appropriately engage children to learn and grow creatively, academically, and spiritually. 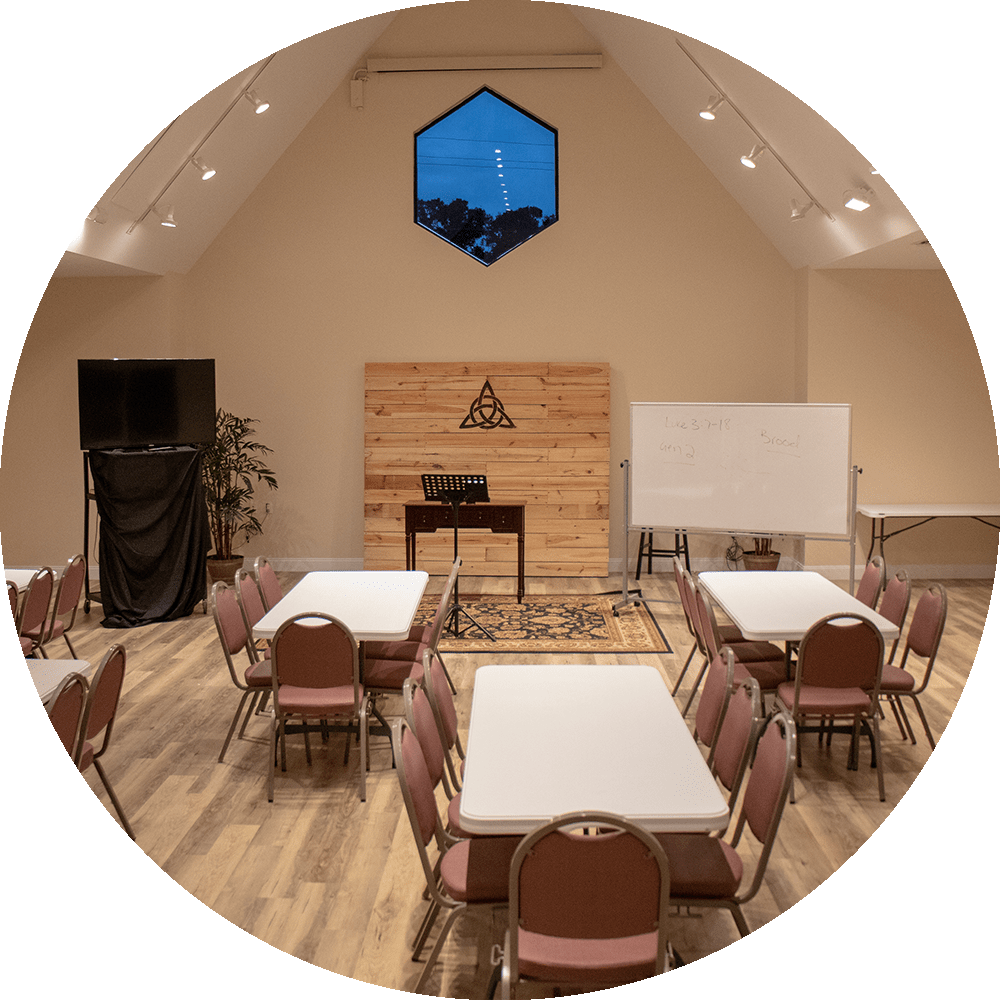 Trinity Episcopal Church’s enrichment buildings create an ideal space for deeper teaching and instruction. This versatile space is home to our Youth Groups and also serves as a conference and lecture hall to foster further learning. 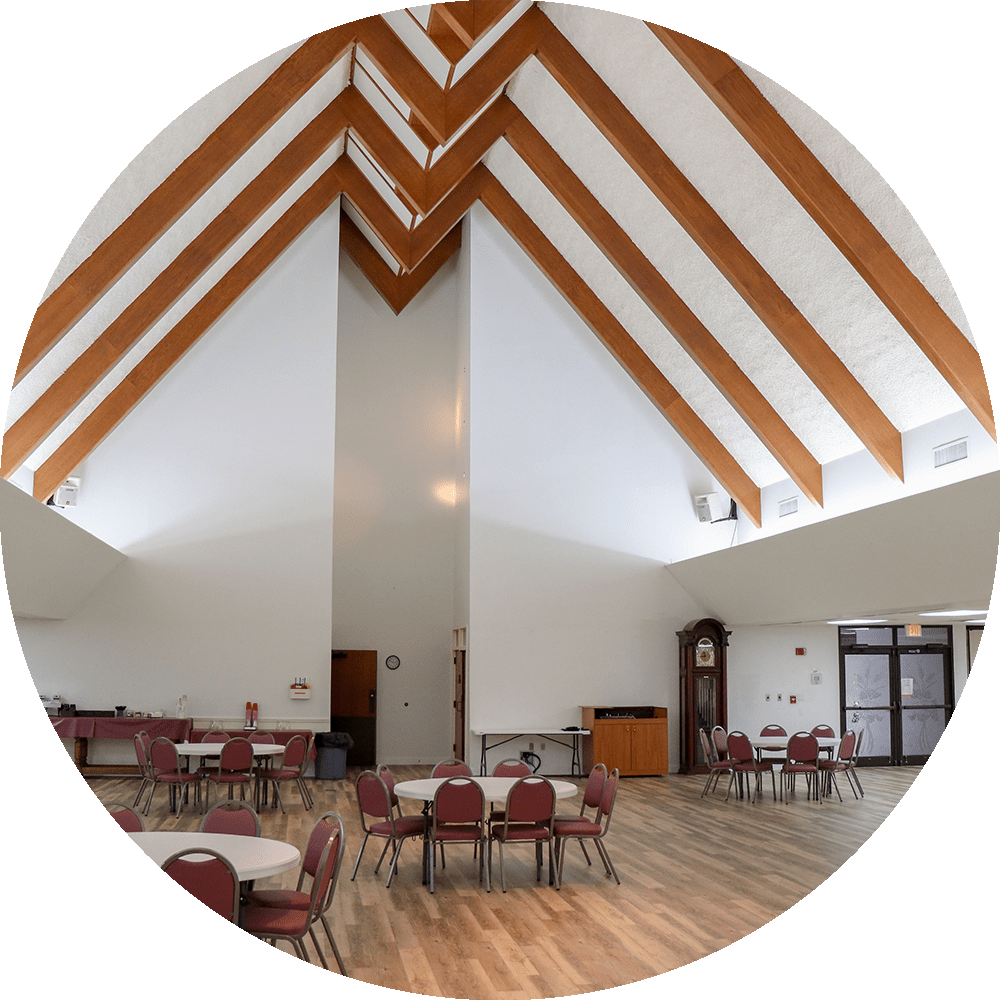 The Parish Hall offers the perfect hospitable setting for fellowship and connection. Used for weekly gatherings such as coffee hour, as well as special events like our BBQ Bash or Blessing of Animals, the Parish Hall promotes the community togetherness that makes Trinity Episcopal Church complete.